Alumni Giving: The tried, the tired and the truth

By StoriedU Guest Author in Advancement on October 12, 2016

When I first started working in marketing I was struck by a business phenomenon that I saw repeatedly: taking a slow but sure path to complete failure. Major corporations would make the decision to repeat something that had decreasing performance levels year after year instead of trying something new, particularly if trying something new meant they couldn’t do the old program. If one approach had to replace another, then fear of failure set in and nothing was changed.

Because predictable results, even when they were diminishing over time, were deemed better than tackling the unknown.

The number of alums who give to universities is declining. The Council of Alumni Association Executives (CAAE) and Indiana University Lilly Family School of Philanthropy reviewed the trends in 2015 and demonstrated the overall number of donors is reducing year after year. But universities have been buoyed by the fact that the donations from the remaining donors are on the rise. So some aren’t feeling the severity of the decline, yet.

But many are starting to really feel the pinch. The number of big gifts is going to a smaller number of institutions. According to a piece publishing this last January in Money: Almost a third of all gifts went to just 1% of schools.

Almost a third of all gifts went to just 1% of schools. 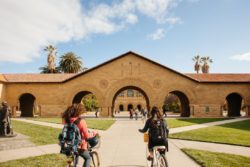 Universities, though, are continuing many of the same models of asking that they’ve used for decades. Why? Because they still work, just not as well as they used to. Providing diminishing but predictable returns, just like the corporate model I saw in marketing.

One area in which there are clear-cut declines is in younger alumni giving. Yet universities still start hitting up recent grads, sometimes within weeks of graduation. There are three things that drive this:

But what if your process is actually contributing to the decline of donors?

We think it might be. Although not every student graduates with debt, many of them do. And many more are struggling to land work in their chosen field, with the kind of income that allows for philanthropy. Your first thought, no doubt, is “But some of them can give, and we can’t afford to lose them as donors.” We understand, but there are ways to get to them, without appearing tone-deaf to the others. Because your biggest risk is that a short-term communications blunder can lead to a long-term non-donor.

Because your biggest risk is that a short-term communications blunder can lead to a long-term non-donor.

We did an entirely unscientific poll to ask the question, “When your university hits you up for donations right after graduation, does that make you more or less inclined to donate?”

Of the more than a dozen young alum who responded, only one had donated when called and she had felt so brow-beaten into it that she won’t answer any calls from her alma mater again. No one else donated, and here’s what they had to say:

That’s a lot of frustration and anger. And it’s translating into their long-term feelings about your institution. There are a significant number of graduates who feel that the debt they incurred means they made a mistake picking their university. The Pew Charitable Trusts took a hard look at student financing of higher education, providing a treasure trove of data. This chart shows something that every university needs to be deeply concerned with.

If you are soliciting students who are feeling regret about attending your institution, you are compounding that feeling by demonstrating a lack of awareness, much less sympathy, for their life experience. You are supposed to be one the most supportive springboards to their life, second only to friends and family, and instead they are feeling burdened by you.

How do you solve this?

In phone solicitations, ask them first how they are doing: did they find work in their field, are they settling in financially, is there a way for the university to support them. Work on your scripts to make sure that support of them is the first message, not support of you.

Work on your scripts to make sure that support of them is the first message, not support of you.

Make sure if you have post-graduation career counseling support, networking opportunities, and mentoring programs that you are showcasing that.

If you are working on donations for your rankings, explain that the percentage of donors affects ranking, so every dime helps. Transparency is critical here. Particularly if you are making these calls following any announcement of a major gift to you. And by acknowledging the big donors to your small donors—you create aspirational goals for them, should they become wealthy.

You don’t have to stop calling (although daily seems a bit out of hand) just change the message. Because your graduates want to love you, you just have to give them another reason to.